by Sarah Robinson
in Dog foods 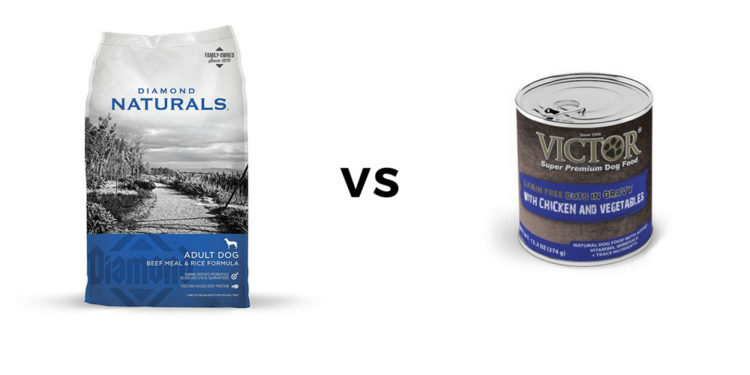 100
SHARES
5k
VIEWS
Share on FacebookShare on Twitter
This post contains affiliate links, and we will be compensated if you make a purchase after clicking on our links. Learn more.

Are you having a tough time deciding what to feed your dog?

Indeed, there is a baffling array of dog foods available on the market today.

Most of them have attractive packaging with photos of healthy-looking dogs enjoying life to the full.

Many have words such as ‘Natural’ and ‘Super Premium’, on the bag.

Perhaps you’ve even narrowed your choice down to a handful of brands.

How do you choose between them?

In the battle of the brands, we decided to compare two popular dog food manufacturers, Victor dog food vs Diamond Naturals. 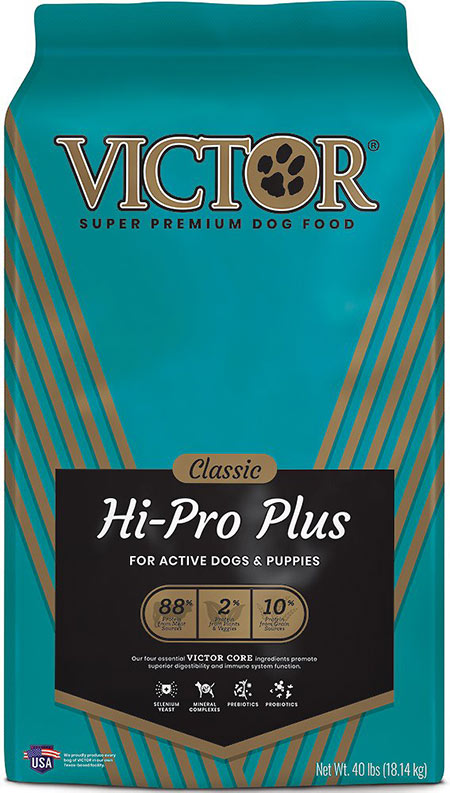 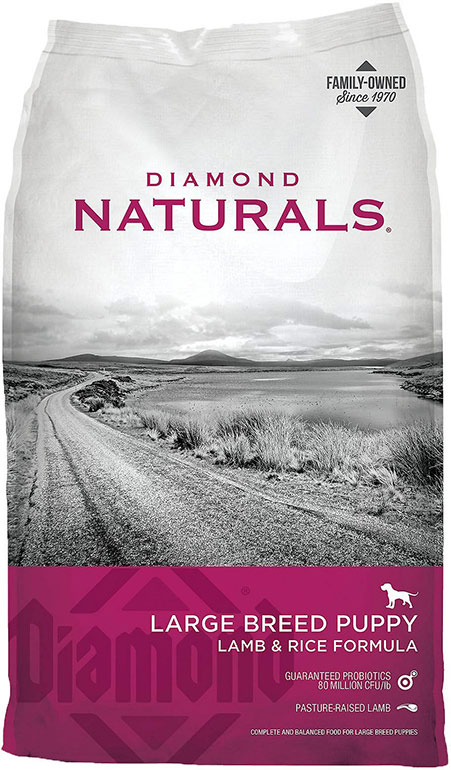 But can you slide a piece of paper between them in terms of value, quality, and taste?

We analyzed the ingredients, considered price points, and looked at the claims made on the packaging, to see if one had an advantage over the other.

Not surprisingly we found they were both good quality foods, but a few surprising points did come to light, which mean that you may wish to rethink which food your give your dog.

How to Decide on a Food

But first it helps to know what to look for in a food.

For this, you must consider your dog as an individual.

With this in mind, before you even start comparing dog foods, know what it is you are looking for.

By this we mean think about what type of nutrition you want to give or avoid giving to your dog (for example, do you feel strongly about processed foods? What about artificial colors or preservatives?)

Think about whether you want to feed them dry food or canned.

Even their size matters because giant dogs need a different balance of proteins and minerals to a smaller breed.

It’s also helpful to set yourself a realistic budget to work within.

This helps you to be realistic and reach a compromise between quality and vale where necessary.

Once you’ve drawn up your dream list of requirements, start to shop around and compare brands.

Here’s what we found out when comparing Victor dog food vs Diamond Naturals.

So what would you expect from a food-making such a claim? Perhaps organic ingredients, named meats, and totally natural ingredients?

Actually, there is no legal definition of what a super-premium food is, so they could call it ultra-zany or micro-digital food for all the difference that made.

And as for what you might expect in the pack – well the ingredients are NOT organic, and the meat isn’t a pure cut, but a meat meal (albeit a named source of the meal, such as beef meal).

Is ‘beef meal’ a compromise?

Kind of, but actually not a bad one.

Whilst there’s nothing wrong with a meat meal (it remains a good source of meat protein), the formulation can be variable because it depends on the makeup of each batch of food.

What this means is that when the numbers are crunched, Victor meets all the AAFCO recommended minimum amounts.

However, when you analyze the food on a dry matter basis, it turns out the majority of the protein is from plant sources rather than meat.

There’s nothing bad about plant-derived proteins….if that’s what you’re expecting.

However, knowing this, could change how you feel about a particular food.

Victor is and remains a great quality food.

It’s also gluten-free and gets its carbohydrate energy from less controversial sources such as sorghum and millet.

Victor is manufactured in Texas, USA.

Diamond Naturals and Victor have a lot in common.

Just like Victor, Diamond Naturals is also made in the US, and also calls itself a super-premium food.

Diamond Naturals has a broader range of flavors and formulations that Victor, and indeed there’s not much to choose between them in terms of formulation. Again, this is a great food, but you do have to be a little savvy about some of the wording used to describe it (and this applies to Victor’s too!).

For example, they make great play that it contains superfoods such as blueberries.

Yes, blueberries are an exceedingly healthy food to eat.

But they’re also listed as the 19th ingredient on the typical pack we looked at.

This means the actual amount of blueberry in anyone portion of dog food is going to be minuscule.

This makes it debatable just how much benefit the dog will actually derive from homeopathic quantities of superfoods.

We found the packaging a little confusing.

Diamond Naturals is proud of being a gluten free food, and yet has a specific gluten-free range.

Does mean their regular range is not gluten free – we couldn’t make up our minds from the packaging.

What Pet Parents Say about Victor vs Diamond Naturals

Firstly, let’s say that these are both great foods.

They stack up well against regular supermarket foods with superior ingredients and foods that are low in artificial colors and preservatives.

You can also be picky about the wording on most packs of dog food- this is nothing unusual, and this isn’t about Victor or Diamond Naturals being unusually slippery – they aren’t!

The majority of pet parents describe how their dogs ‘woof’ both diets down, and passed the palatability test with flying colors.

Feeding these diets gave the dogs enviable signs of good health such as a glossy coat with a mirror-like finish, and nice small poops.

Both foods are highly digestible which means owners need to feed smaller quantities in order for their dog to derive the daily nutrition needed.

Because the body can use and process most of the food, this means less waste out the other.

The happy results are a smaller stool.

This is a big bonus when compared to other diets that are high in vegetable fiber and poorly digestible protein.

This cocktail leads to big bulky (and smelly) poops.

When comparing the nutritional breakdown of Victor’s vs Diamond Naturals, we found both derived the majority of their protein (on a dry matter basis) from vegetable or plant sources, rather than meat.

However, these were high quality vegetable sources which are easy to digest and less likely to produce gas as a byproduct than cheap plant protein sources such as soy.

Again, looking in detail at the nutritional breakdown, Victor comes out with a slightly above average fat content, whereas Diamond Naturals comes out as better balanced across the range of protein, fat, and carbohydrate.

Have you heard of ‘super premium’ pet foods?

With a word like ‘super’ added to ‘premium’ these must be great. Both Victor and Diamond Naturals proudly state they are ‘super premium’ – especially Victor – they have it as a prominent part of their strapline on the website.

The only problem is ‘super premium’ doesn’t mean a whole lot.

Cyanide occurs naturally in apple pips but that doesn’t mean it’s a good idea to eat a lot of them.

When it comes to assured quality standards, pet foods have to pass AAFCO standards.

Happily both Victor and Diamond Naturals do this…but have they been awarded the glorious ‘super premium’ status?

Because it’s not a recognized, official title – it’s a self-appointed boast.

OK, so there’s nothing wrong with claiming a good food is super premium, but just be aware they’re not offering you other than a good, well-balanced food that the manufacturer happens to have decided is extra-specially-nice.

So let’s chalk ‘super premium’ up to experience.

In fact, when deciding between Victor and Diamond Naturals, the claim cancels each other out as they both make the same claim. Great stuff!

The biggest niggle is that Victor is consistently branded as an “All stages” diet.

Whilst superficially this looks a great idea (after all, if you have several dogs in the house across a range of ages, this makes life considerably easier.)

Think of a puppy.

They need a high protein diet in order to supply the building blocks for muscle growth, and high levels of minerals for bone and teeth to develop properly.

They need a low protein diet so that those ageing kidneys aren’t forced to work too hard.

They also need lower levels of minerals because they don’t need them to build bone and minerals can be tricky for the kidney to get rid of.

What an all-age or all-life-stage food does is comply with the MINIMUM nutritional requirements for each life stage, but they don’t address the MAXIMUM amounts.

Therefore, a food that caters for all ages can’t possibly provide the PERFECT balance for all ages.

What it can do is make sure no dog suffers from dietary deficiency, because it meets the high protein needs of a pup.

But this means it has an undesirably high level of protein for the older dog.

If Victor has an all-age formulation, what about Diamond Naturals?

Their adult diets are said to be just that – suitable for adults.

But you have to be careful, because this seems to vary between the different flavors and types of diet.

In practical terms, this means if you have a senior dog, then read the packaging carefully – and where possible select a food specifically for seniors, rather than an all-stage diet.

So which brand should you buy?

That’s really up to you.

Basically you can’t go wrong with either if you are happy to feed an all-age formulation.

However, nutritionists do advise feeding a life stage appropriate diet where possible, which makes Diamond Naturals nose ahead as they have a more distinct adult range.

However, no one can predict what’s in the future.

The same market forces that pressured Victors into a price rise, are bound to catch up with Diamond Naturals, and so this price differential can’t be guaranteed in the long run.

We suggest you take your time, find the flavor diet your dog loves, and then compare the two brands.

Look at the reviews, consider the price point, and see how it all matches up against your original wish list.

Then and only then will it become clear which is the best food for your dog: Victor Dog Food vs Diamond.

The battle of the titans, Victor Dog Food vs. Diamond Naturals. Both 5 Star choices. 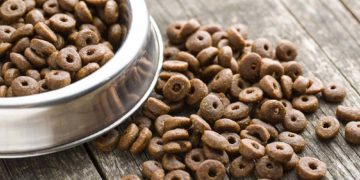 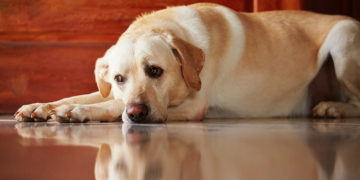