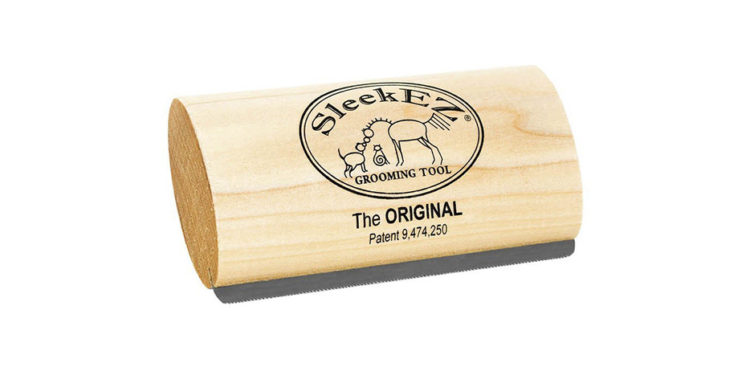 Is a SleekEZ brush right for your dog?

With so many grooming products on the market and so many fantastic claims about the amount of shed they capture, it’s hard to know who to believe.

The SleekEZ website has some grand claims, including that it reduces shedding by 95%.

Is this hype or does it live up to expectations?

To help you decide which is the best brush for your dog here is a review of SleekEZ dog brushes so that you can make an informed decision before parting with your hard-earned cash.

This SleekEZ dog review does the legwork for you.

The SleekEZ brush first came into existence as a grooming tool for horses.

Since then it has undergone a number of reincarnations to make it suitable for use on dogs, cats, and even rabbits.

That first SleekEZ was the brainchild of an equine dental practitioner, Jennifer Tipton.

She found her nose irritated by shed horsehair, as she went about her dentistry work.

To sort the problem she invented a prototype SleekEZ for use on horses.

She had owners gently brush their animal whilst she worked on their teeth.

Many horses found it soothing, and it was an instant hit with owners.

When people started asking Jennifer for her grooming tool (and didn’t want to give it back) she realized she was onto a winner.

The tool itself consists of a patented wave-form blade, which is mounted in a wooden handle.

Simplicity itself, with its success being down to the unique blade.

Moving forward with the SleekEZ Jennifer saw the benefits the product could have for improving the coats of other furred species, such as dogs, cats, and even small mammals such as rabbits.

The other nice benefit is that you can also use the SleekEZ as a brush to clean hair of soft furnishing or horsehair offsaddle pads.

Is a SleekEZ the Only Grooming Tool you Need?

Probably not, but this does depend on the length of your pet’s coat.

The basic grooming toolbox for a long-coated coat is going to include a wide-toothed comb and a de-shedding tool as a minimum.

This is because the teeth of the comb separate between the hairs and help prevent knots forming.

It’s important to brush the hair right down to the skin in order to keep the coat in good condition.

Of course, there are exceptions to this rule, such as some of the hardy outdoor Husky types that have a woolly undercoat that hugs the dog’s body like a woolly vest.

But even so, you get the picture.

The SleekEZ won’t cut through to the deeper lays of the coat but concentrates on dragging out the shed hair that are choking up the coat but are yet to be shed.

As such this is a valuable tool to reduce the amount of hair blowing around the floors, but it isn’t going to tackle tangles.

SleekEZ dog grooming reviews tell of how dogs that have hated being brushed actually enjoy coat care with this tool.

It’s almost as though the gentle stroking action of the blade mimics being licked and helps to gain the co-operation of dogs that previously disliked being brushed.

This may in part be due to the SleekEZ not gripping onto knots, in the same was a comb or pin brush does.

This then eliminates painful tugging so that all the dog is left with is a pleasant stroking sensation…enough to lull anyone to sleep.

Such is the soothing effect of the SleekEZ that many owners find it is fine to use on their cats or rabbits, with the same deshedding advantages.

The wooden handle feels nice to the touch and fits nicely in the hand for a comfortable grip.

The SleekEZ seems most effective when used on short-haired coats, such as smooth-coated Chihuahuas or bully breeds.

Some SleekEZ dog reviews state how the wooden handle seems poorly finished in that the wood discolors and stains easily.

This meant it didn’t look it’s pristine best if accidentally left outside after use, which was a source of dissatisfaction for some pet parents.

The SleekEZ boasts to have a ‘unique wave-shaped blade’.

It is perhaps a little unfortunate that this also resembles a hacksaw blade.

Many users who are less impressed with the SleekEZ remark on the similarity with a far-cheaper (but less effective at deshedding?) hacksaw blade.

And no, don’t try the latter as a comparison, someone will get hurt and we don’t want it being the dog.

In practical terms, some owners of dogs with thick, double coats were underwhelmed by the effectiveness of the SleekEZ.

They found it lacked the penetration to drag shed hair from deeper in the coat, out to the surface.

How Does SleekEZ Fair in Reviews?

This meets the needs of pets ranging in size from a rabbit right up to a horse.

Reviewers are equally as approving across the range, with those high-rated reviewers stacking up well whatever the size.

However, sometimes the percentages don’t do justice to the product, because the warm words written by many reviewers are certainly eye-opening.

For a start, from skittish rabbits to stubborn horses, they all seem to enjoy being brushed with this tool.

Another common theme is the dramatic amounts of shed hair that are removed the first time it is used.

A carrier-bag full seems to be a recurring theme – which of course is a carrier bag less of hair that’s wafting round your laminate floor.

One reviewer was impressed the product is made mainly from wood, rather than processed plastics and all that this implies for the planet.

They felt this was durable, comfortable to hold, and light enough to pop into a bag for grooming on the go.

They also raised a good point that it doesn’t use plastics, so is easier to recycle if and when it reaches the end of its working life.

It’s difficult to talk about deshedding tools with the FURminator coming up.

The latter was revolutionary in its day and changed the grooming landscape forever.

With an awesome reputation, the FURminator is a market leader and aimed at the same market as the SleekEZ.

So how do they stack up against each other?

Many pet parents have used both, and may have a slight preference one way or another.

For example, many pet parents have used the FURminator, but fancied a change and were intrigued by the positivity surrounding the SleekEZ.

They were not disappointed by the change.

Many remarked how their dog might seem momentarily uncomfortable from time to time with the FURminator, whilst they have yet to experience this with the SleekEZ and their pets tolerated grooming well.

Also, it seems if the SleekEZ didn’t work on one fur-friend in the house, then try it on another.

Some pet parents were initially underwhelmed and expected more from a product with such rave reviews.

In some cases the SleekEZ did remove hair, but not as much as they felt led to believe from reviews and videos.

However, these enterprising people tried the tool on another pet in the house, often with stunning results – and in one case the beast in question was a goat!

Another strong point in favor of the SleekEZ is that you don’t need a whole variety of sizes for different sized pets in the family.

Just the one tool does all, within reason, which means a considerable financial saving, along with the added convenience of one tool fits all.

In summary, the vast majority of the reviews are overwhelmingly positive.

Some voiced options that the product stained easily and were disconcerted that the patented waveform blade looked like a hacksaw blade.

However, the payoff seems to be that it works as a deshedding tool extraordinaire.

If you have a shedding problem with your hounds there are plenty of people who believe this is the best brush they have ever bought and worth every penny.

It seems many people simply can’t recommend it highly enough.

So why not take a chance and check it out!

A great option for dogs requiring regular and consistent grooming. 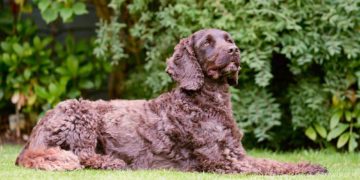 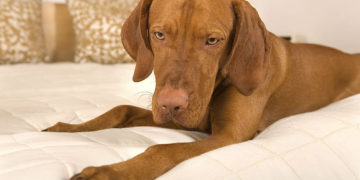 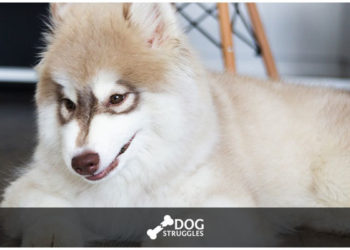