by Sarah Robinson
in Dog breeds 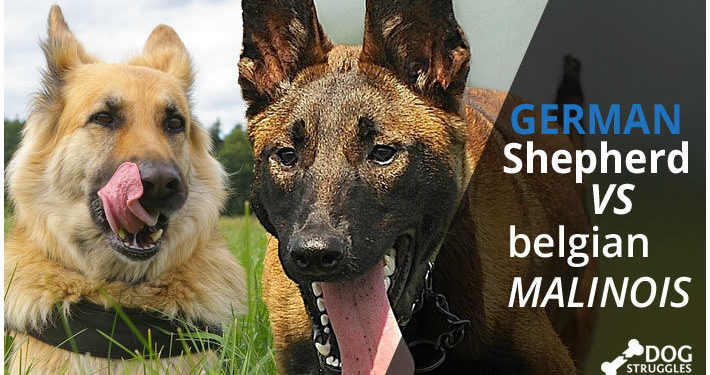 5
SHARES
5.5k
VIEWS
Share on FacebookShare on Twitter
This post contains affiliate links, and we will be compensated if you make a purchase after clicking on our links. Learn more.

You could be forgiven for at first glance getting confused between the two handsome, large-sized dogs that are the Belgian Malinois and German shepherd.

Indeed, the malinois is also known as the Belgian shepherd dog, and with so much shared ancestry it’s easy to see where confusion might creep in.

However, the differences are there so if you’re tossing up between which of these highly trainable, working dogs to take on, let’s look at some of the features that set these two apart from each other.

Whilst the German shepherd is arguably one of the world’s most recognizable breeds and is regularly in the top 10 most popular dog breed lists in the US, the Belgian Malinois is more of a rarity.

As the name suggests, the latter originated from Belgian and is one of four native shepherding breeds. Unlike the Gerberian Shepsky or the Wolf Shepherd!

A testament to how recently the malinois arrived in the US is that they’ve only been recognized by the US Kennel Club since 1959.

Let’s now look at Malinois vs German shepherd dog vital statistics to find out which is bigger and stronger.

Although easily confused with the German shepherd, the Malinois is actually a smaller dog with a lighter build than his more robust cousin.

This difference in the build is also reflected in their height with both dogs standing tall at 2 ft. 2 inches to the shoulder, but the malinois weighing in lighter.

The coloration of the two dogs also helps to tell them apart, with the malinois having a fawn coat with a black mask and the German shepherd having a longer coat that is black, or black and tan.

What are your reasons for getting a dog? Both the Belgian malinois vs German shepherd are intelligent that are descended from herding dogs, but one wins paws down in the guarding stakes.

The superior weight and robustness of the German shepherd, plus his character which is sometimes aloof and perhaps slightly suspicious, fits him perfectly for the job of guarding his family or protecting his owner’s property.

Meanwhile, the Malinois are quick agile dogs who prefer to nip at heels to round people up, rather than intimidate and protect.

That said, a poorly socialized Malinois is liable to be anxious and this could manifest itself in aggressive behavior that is a sign of insecurity, rather than good training to guard.

Both dog breeds are quick-witted and intelligent, however, as well as making them highly trainable it also means the owner needs to be experienced in how to handle large powerful dogs with a mind of their own.

In the Belgian malinois vs German shepherd stakes, it is the malinois who those in the know say is the quicker to learn and to respond to commands.

Treated right, the Belgian Malinois is eager to please his trainer and reward-based training click right into his psyche.

However, get things wrong and come down heavy-handed, trying to dominate the dog and he could well become frustrated which may then turn to aggression.

The German shepherd has an awesome reputation for being highly trainable in the right hands.

Again, these dogs do need an experienced handler, not least because they can be highly strung or anxious, and they require the steadying influence of an owner who knows that expecting to be obeyed is a much better remedy for highly-strung behavior than petting or fussing.

Neither breed is considered a ‘beginners’ dog and first-time owners could rapidly find themselves being run ragged by a clever dog who out-smarts them to get their own way.

When weighing up a malinois dog vs German shepherd you need to consider the bigger picture such as your living accommodation, children, and activity level.

Both breeds are descended from working dogs and have a great deal of stamina.

They need an outlet for this energy or their boredom could be diverted into unwanted behaviors such as destructiveness, digging, barking, or aggression.

How much space do you have? If you live in an apartment then a Belgian malinois is a bad choice as they are used to wide-open spaces and will find the confines of apartment dwelling more like a prison than a palace.

Another consideration is the breed like the stimulation of constant company and can find it hard to enjoy their own company for long periods of time.

Add the two factors together, an apartment dog that’s left while you’re at work, and you could be heading for neighbors complaining bitterly about your malinois’ barking.

Contrast this with the German shepherd, who although not radically different in attitude, may cope a little better in a house without a yard as long as they are given plenty of attention and are exercised well every day.

If you have children then you need to know that every dog is an individual.

Whilst the Belgian malinois that is well-raised is devoted to the children in the family, a malinois that as a puppy never met kids may be spooked by their loudness and unpredictable actions.

Another consideration is that whilst friendly with family they can be suspicious of strangers and if your children have regular visitors to the house then you will need to supervise the dog at all times.

A more family-friendly option is the German shepherd who when socialized well as a youngster, will be a devoted and loyal fur family member, even if he remains suspicious of other dogs which is a minor failing in the hands of a skilled trainer.

Which dog, German shepherd vs malinois, is the easiest to groom and take care of?

The German shepherd has a coarser outer coat with a fluffy undercoat which is prone to shedding.

A German shepherd that is shedding will quickly turn your house into hairball central, so be prepared to brush your dog daily to get those hairs onto the brush rather than wafting around the house.

That said, the thick luxurious coat of the German shepherd looks superb when in good condition and will reward your efforts with the dog’s stunning good looks.

If the idea of wading ankle-deep through shed dog hair does not appeal, then consider a Belgian malinois in preference to the German shepherd.

This dog’s shorter coat is less prone to shedding and a quick brush over is usually sufficient to keep your house largely dog hair-free.

To create a purebred dog means a certain amount of breeding related dogs together to produce the desired look.

Unfortunately, this also magnifies the genes for any inheritable health conditions, and neither breed is immune to more than its fair share of genetically linked diseases.

Of the two breeds, the German shepherd wins the unenviable prize of suffering from a greater number of health issues.

Whilst both breeds share a raised risk of hip and elbow dysplasia, the German shepherd is more likely to suffer from a digestive disorder called exocrine pancreatic insufficiency.

This means the dog’s pancreas does not produce all the digestive juices it needs in order to digest fat and he struggles to harvest all the goodness from his food.

This leads to tummy upsets and weight loss, and a German shepherd with this condition needs a lifelong supplement of pancreatic enzymes.

In contrast, the Belgian Malinois is linked to a progressive degenerative condition that affects eyesight and leads to premature blindness.

This is a distressing possibility in such an active breed, but fortunately, the dogs do adapt and learn to use their other senses to compensate.

If a malinois is your choice then try to source a pup from a breeder who screens the eyes of the parent dogs prior to breeding.

And finally, when measuring up a Belgian malinois vs German shepherd know that both dogs must be well socialized as puppies in order to make good-natured adults.

Also, only consider either breed if you have the time and energy to exercise them regularly, and are a confident trainer, in which case you will have a fabulous fur-friend on your hands. 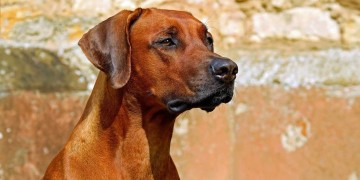 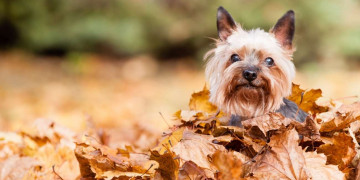