If your dog suffers from Inflammatory Bowel Disease (IBD) it’s a pain in the butt…both metaphorically and in reality.

This condition is all too common and causes your dog unpleasant symptoms such as vomiting, diarrhea, and weight loss.

Inflammatory bowel disease is frustrating for the pet parent and dog alike, especially as it’s often a matter of controlling the symptoms and managing the condition, rather than curing it. 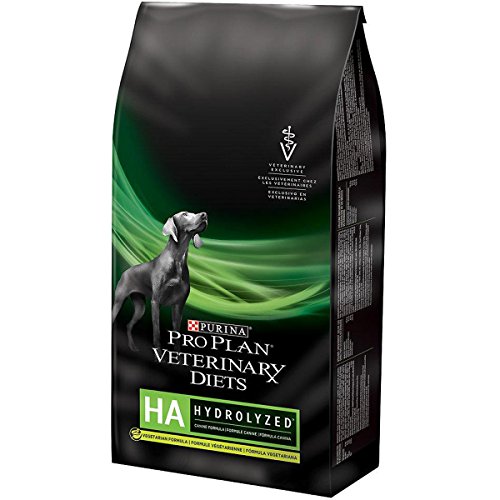 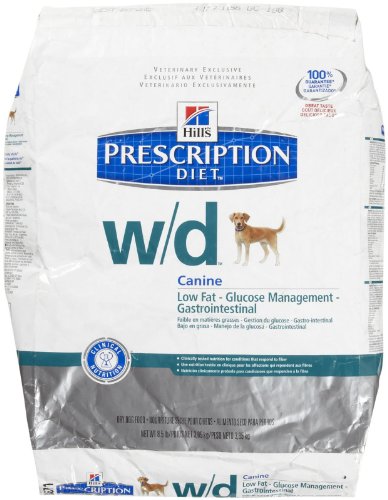 So what is inflammatory bowel disease, who gets it, and why?

These are all great questions, not all of which have solid answers.

Easiest to answer is “What is inflammatory bowel disease” as this is a case of “It does what it says on the label.”

It is indeed a condition where the bowel wall becomes inflamed, however, the more difficult to answer question is: Why does it happen?

Despite all the combined wisdom of modern veterinary medicine, there’s no concrete answer as to why IBD happens.

The inflammatory cells that flood the gut wall are those linked to allergies and it seems the immune system overreacts to certain types of foods…but this is only part of the picture.

Other factors such as stress, leakiness in the bowel wall, genetic factors, and biochemical imbalances also seem to play a part.

When a dog is diagnosed with inflammatory bowel disease the clinician first looks for any factors than can be treated and eliminated, such as parasitic infections.

After this, if the symptoms remain then changes are made to the dog’s diet to reduce the impact of dietary allergies.

So what is the best dog food for inflammatory bowel disease?

This is either a hypoallergenic food or a diet consisting of a single protein source the dog has not eaten before.

In the following article, we look in detail at the best dog food for IBD to try and bring the symptoms under control, without the need for drugs.

However, a word of caution.

No matter which diet you decide upon, don’t expect rapid results.

Even after any irritants to the bowel wall have been removed from the diet, it takes several weeks for the inflammation of the gut wall to subside.

So be prepared to feed the new food exclusively, for around two months before seeing an improvement.

For the best food for inflammatory bowel disease in dogs that is suitable for larger breeds, then consider Hills D/D.

Made by the premier pet food manufacturer, Hills, this is a therapeutic diet sold by many vets specifically to treat conditions triggered by food allergens, such as atopy or IBD.

Hills D/D comes in several flavors, each combining a single protein and a single carbohydrate source.

However, this doesn’t mean the foods are interchangeable because it’s vital that you chose a variety and then stick to it.

So how do you make that initial choice?

It takes some detective work to find which flavor is going to suit your dog best.

First, sit down and make a list of all the different types of meat your dog eats regularly…such as lamb, chicken, turkey, beef, or rabbit.

These are now all OFF the menu, under suspicion of provoking IBD.

Now look at things the other way round and chose a D/D flavor made from a meat the dog NEVER usually eats, from:

So if your partner is a keen fisherman and regularly provides salmon suppers for you and the dog, then cross this off the list and opt for venison or duck instead.

Once you’ve made a selection, buy-in plenty because this is all your dog is offered to eat for the next 8 – 12 weeks.

Again, this is not cheap food, but it is more economical to feed to a larger breed than the likes of PS Organic (we listed dry food here, but it also comes in cans). 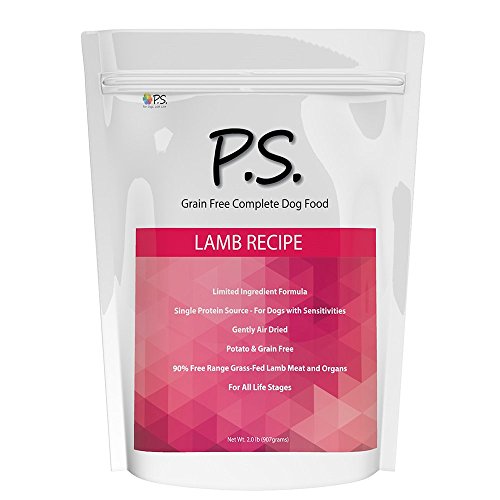 If your dog suffers from mild IBD and eats rich, commercial dog food, then a change of diet in itself may be sufficient to settle the symptoms.

Many popular commercial diets are a mixed menu of different meats and meat meals, along with multiple sources of carbohydrate (including wheat) and soy…and that’s without out the chemical flavorings, colors, and preservatives.

The best food for dogs with IBD in some circumstances may be a simple detox for the gut by feeding a natural diet such as PS Hypoallergenic.

This food takes the strain off the gut because it contains a single protein source, namely beef.

For a sensitive gut wall, this is the equivalent to putting your feet up at the end of a hard day, because it only has to work at processing one protein source…beef.

The drawback to this argument is if the dog has a dietary sensitivity to beef.

In this case, there will be no improvement because much like banging your head against a brick wall, the wall is still there and hasn’t been removed.

We singled PS Organic dog food out for attention because it avoids gluten, a common irritant to the bowel wall.

This along with it having a single protein source makes it a good choice when testing the waters, for the dog with mild inflammatory bowel disease.

Originally formulated for dogs with skin allergies, the same principles about how the immune system is triggered apply to IBD.

Thus the pet parent of a dog with IBD could reap just as much benefit as those with atopy (allergic skin disease).

They positively vault over to the food cupboard in anticipation; such is the tastiness of this diet.

The next step up the ladder diet-wise is to feed a ‘hydrolyzed’ hypoallergenic diet.

The difference is a subtle one, so let’s have a stab at explaining it.

“Hypo” is another way of saying ‘Less’, in other words, it’s a diet that’s less likely to trigger food sensitivity problems, but not guaranteed not to do so.

This hinges on choosing a single protein source that the dog isn’t allergic to.

If the dog is allergic to, say, venison and your hypoallergenic diet is made from venison, then their IBD will be just as bad.

But what if there was a diet that was as near ‘guaranteed’ not to trigger food allergies, as it is possible to get?

Well, these are the ‘hydrolyzed’ diets.

The key point is that the protein molecules in the meat have been broken down into a smaller size so that they physically can’t marry with the receptors that trigger the allergic reaction.

Think of this as trying to unlock a door with a key that’s snapped in half.

There’s a lot of science gone into this food, hence the price tag.

It also has to be manufactured under strict conditions so as not to accidentally introduce any allergens, which all add to the cost.

Happily, many dogs like this diet and will eat it, which isn’t always the case with hydrolyzed food.

However, as with anything, there are some dogs that refuse to eat it, so if your IBD dog is a fussy eater then it’s worth purchasing a smaller bag first.

Without a doubt Purina HA is the best dog food for inflammatory bowel disease especially if you’ve tried other diets with little success.

Indeed, because it’s so likely to get results, this is the first choice recommendation of many vets, when faced with a challenging case that they suspect is food allergy related and need to prove it one way or the other.

As the saying goes: “It’s the exception that proves the rule.”

When all else fails, the best commercial dog food for ibd that hasn’t responded to low allergen diets could be a high fiber one.

There’s something about certain types of fiber that promotes good health in the bowel.

This isn’t a common cause of inflammatory bowel disease but if your dog is otherwise well and doesn’t need to start medication urgently then it’s well worth exploring this option.

One such example is Hills W/D diet.

Available as a dry kibble and canned food, it is high fiber and low fat and is formulated to address a number of health concerns.

For a start, it releases energy slowly and is ideal for diabetic pets that need to avoid spikes in blood glucose.

That high fiber content also promotes a feeling of fullness, so it’s great for the greedy dog who nags for food, as it leaves him satisfied for longer.

So how does it help our IBD dog?

That fiber slows down the gut transit time and gives the bowel more of a chance to absorb the goodness out of the food.

For the right dog then W/D dog food can make a big impact on their quality of life.

There are two factors that can put pet parents off, and this is the price (it’s not a cheap food) and that not all dogs like it.

A bit like switching from a diet of white burger buns to wholemeal bread, it can take a bit of adjusting to the more wholesome taste.

However, it is worth persevering, so a gradual change of diets is a good idea, mixing a more familiar food with this new diet. 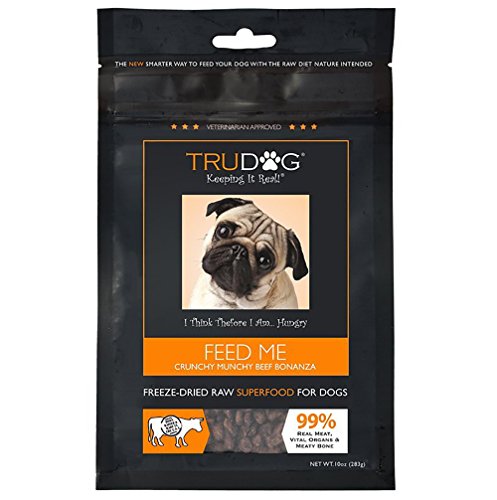 Last but most certainly not least of our best dog food for dogs with IBD is this wholesome food by TruDog.

This is a convenient way to feed a raw food diet to a dog, with this freeze-dried formulation to which you just add water.

On the other hand, the majority of vets are uncomfortable with the idea because of the risk of picking up a bacterial or parasitic infection from raw meat.

It’s likely the truth lies somewhere in between with raw diets not be a miracle solution but definitely of benefit to some dogs.

What we can say is that TruDog is free from flavorings, preservatives, coloring, and contains a single protein source (Beef).

By paring a food down to a bare number of ingredients, then there’s less likelihood of it including something that would trigger IBD, which could explain the improvement some people see with their pets food allergy-related disorders.

So there we have it, our top five best food for dogs with IBD.

As you see there are several excellent options to ease the discomfort of your dog’s IBD.

The golden rules are to feed low allergen diets or a ‘novel’ source of protein the dog has not encountered before.

Once you’ve selected a diet, feed that food and nothing else for at least eight weeks.

If the symptoms don’t improve after that time then try an alternative option, choosing one that doesn’t contain any of the same ingredients.

Many dogs with inflammatory bowel disease do not respond to dietary manipulation alone.

Indeed, the most severe cases may even need to use mild doses of other immunosuppressive drugs in addition.

Frustrating as IBD can be, trying different diets is an important part of working out a long term solution.

Don’t expect answers quickly, but your perseverance will pay off in the end, once you identify a diet that helps your dog to feel better.

Also, please note that this advice is not meant as a substitute for good veterinary care.

If your dog is sick, get them checked by a veterinarian.

Seeing our beloved dogs in pain or uncomfortable can make us feel very powerless. If they suffer from IBD then consider a diet that can alleviate these issues.